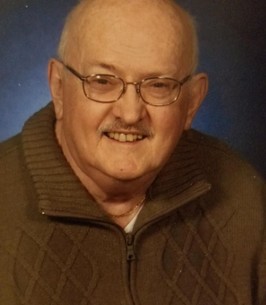 Share this tribute
Memorial Candles Lit for Stanley | SEE ALL
Light a Candle
"We are honored to provide this Book of Memories to the family."
— Whitcomb-Lynch Funeral Home & Cremation Services
Funeral Details Memory Wall Photos & Videos Plant a Tree

Print
Stanley David Myers, age 86, a longtime Janesville resident, passed away Sunday evening, November 18, 2018 at his home. He was born August 2, 1932 in Beloit, WI, the only child of the late Raymond A. & Vivian Perne (Brown) Myers. He attended school in Beloit, and was a graduate of Beloit Senior High School, Class of 1950, which was the last class at the old school on W. Grand Ave. Stan was married to the former Sue M. Henning on June 20, 1959 in Janesville. He and Sue were longtime members of First Lutheran Church, where he served as an Usher for 35 years, a Communion Assistant, and served on the Youth Board of Directors. He worked at Fairbanks-Morse for over 15 years, and then after moving to Janesville when he married Sue, he started a long career working with Gilman Engineering Corp. as a Sales Representative. He was a very active employee with Gilman, having served on the Board of Directors of the Gilman Credit Union, served as their Treasurer for 3 years, was the head of the Gilman Activity Committee for 2 years, and started various Gilman Investment Clubs with other employees. He and Sue later owned and operated Myers Gallery and Framing/Stitchery for over 25 years. He served as a Director of the Wisconsin Professional Picture Framers Association for a number of years. They later sold the business to one of their longtime employees in 2007, retiring at that time. After retirement, Stan enjoyed researching his family’s history, and followed his family line back to the year 1250 in England.
Stan is survived by his loving wife of 59 years, Sue; his 2 children, Sandy (Lon) McGinness, and Scott (Shirley) Myers, both of Janesville; his 2 grandchildren, David (Ashley) McGinness, and Caitlyn (Sarah) McGinness; his 2 great-grandchildren, Emilia and Willow; his step-granddaughter, Autumn (friend, Angel Saldina) Maney; his 4 step-great-grandchildren, Colson, Dean, Preston, and Irelyn; his brother-in-law, John (Joni) Henning; nieces, nephews, and friends. Besides his parents, he was preceded in death by his son, David Bruce Myers, and his sister-in-law, Jean Hanel.
Funeral services will be held at 11:00 A.M. on Saturday, November 24, 2018 at FIRST LUTHERAN CHURCH, 612 N. Randall Ave., with Rev. James Johnson officiating. Private interment will take place at a later date in Oak Hill Cemetery. Visitation will be from 10:00 until 11:00 A.M. on Saturday at the CHURCH.
Memorials in Stan’s name would be appreciated to the Maltese Rescue, 110 Scenic Lane, Ellenburg, WA 58926.


To plant a tree in memory of Stanley David Myers, please visit our Heartfelt Sympathies Store.

We encourage you to share any memorable photos or stories about Stanley. All tributes placed on and purchased through this memorial website will remain on in perpetuity for future generations.

SH
Thinking Of you SUE and family,
May God's loving presence comfort you, His perfect peace restore you, and His promise of eternal life sustain you during this time of loss.
In sympathy Shirley Hoague.

BN
Our deepest sympathy in the loss of Stan. Stan helped us many times with our framing needs. He was a kind and gentle spirit. Our thoughts and prayers are with the family.
Blaine & Judy Nowak - Thursday November 22, 2018 via Condolence Message
Share This:

TR
We are sending you all our thoughts and prayers. We are having Thanksgiving on Saturday and cannot make it. Feeling lost and have many great and funny memories of Stan. Love you all.
Traci Tara and Robin - Wednesday November 21, 2018 via Condolence Message
Share This:
1
Page 1 of 1
Share
×

Thank you for sharing!

Provide comfort for the family by planting a tree.

Or use your email:

Share on Facebook
Plant a Tree in Memory of Your Loved One
An Honouring a Life memorial tree is a unique tribute which provides global benefits like no other memorial gift could.
Plant a Tree
Family Log-In

Connect with families at their time of loss. By subscribing to email updates, you will receive two daily updates containing all new stories, photos, candle lightings, condolences, and more.