To share your memory on the wall of Donald Streicher, sign in using one of the following options:

Provide comfort for the family of Donald Streicher with a meaningful gesture of sympathy.

He is survived by his 3 children, Rhonda (Kim) Gackstatter, of Littlerock, CA, Kurt (Vickie) Streicher, of Bettendorf, IA, and Sarah (Bradley) Morrison, of Liberty, MO; his 6 grandchildren, Valerie Marie, of Danville, AL, Heather (Christopher) Dorr, of Davenport, IA, Kyle Streicher, of Minneapolis, MN, Andrew (Emily) Morrison, of Kenosha, WI, Travis (Rebekah) Morrison, of Kansas City, MO, and Austin Morrison, of Liberty, MO; his 4 great-grandchildren, Layla, Abbey, and Ellie Staggs, of Danville, AL, and Benjamin Dorr, of Davenport, IA; his brother, William Streicher, of Tomahawk, WI; and by nieces, nephews, and friends. Besides his wife and parents, he was preceded in death by his 3 brothers, Melvin, Darrell, and David Streicher.

Funeral services with a Mass of Christian Burial will take place at 11:00 A.M. on Friday, December 21, 2018 at ST. WILLIAM’S CATHOLIC CHURCH, 456 N. Arch St., with Fr. Jim Leeser officiating. Burial with Full Military Rites accorded by the V.F.W. Kienow-Hilt Post 1621 will follow in Mt. Olivet Cemetery. Visitation will be from 9:00 until 11:00 A.M. on Friday at the CHURCH.

Don’s family would like to extend their sincerest thanks and appreciation to the wonderful staff of Agrace Hospice for their care, concern, and support shown to them and Don during his final days.
Read Less

To send flowers to the family or plant a tree in memory of Donald W. Streicher, please visit our Heartfelt Sympathies Store.

We encourage you to share your most beloved memories of Donald here, so that the family and other loved ones can always see it. You can upload cherished photographs, or share your favorite stories, and can even comment on those shared by others.

Dale and Ann Gackstatter sent flowers to the family of Donald W. Streicher.
Show you care by sending flowers

Posted Dec 22, 2018 at 08:54pm
Don was one of those who reminded one of the good in people. He helped when asked at the Moose Club, he always had the best to say of others, and I will always be reminded of his goodness.
Comment Share
Share via:
J

Posted Dec 20, 2018 at 12:11pm
Sorry to hear about Don's death. We have good memories of our square dances & card games with both of them.
Comment Share
Share via:
DG 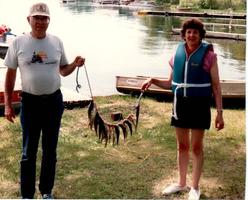 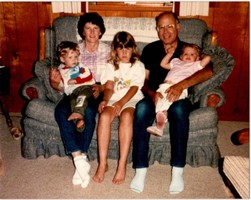 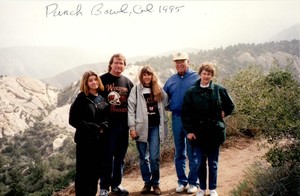