To share your memory on the wall of Michael Martin, sign in using one of the following options:

Provide comfort for the family of Michael Martin with a meaningful gesture of sympathy.

To send flowers to the family or plant a tree in memory of Michael John "Marty" Martin, please visit our Heartfelt Sympathies Store.

We encourage you to share your most beloved memories of Michael here, so that the family and other loved ones can always see it. You can upload cherished photographs, or share your favorite stories, and can even comment on those shared by others.

The Sankey's, Glen Erin Golf Club, and others have sent flowers to the family of Michael John "Marty" Martin.
Show you care by sending flowers

Posted Apr 09, 2019 at 01:35pm
Mike had a lasting memory, he was someone that when asked would do anything if possible . Great friend and a great sportsman
Comment Share
Share via:
HS

Posted Apr 09, 2019 at 10:38am
Please accept our most heartfelt sympathies for your loss... Our thoughts are with you and your family during this difficult time.

Flowers were purchased for the family of Michael Martin. Send Flowers

The Sankey's purchased flowers for the family of Michael Martin. Send Flowers

Posted Apr 08, 2019 at 02:55pm
Our deepest sympathy and heartfelt thoughts are with you, Lou Ann, and the whole family.

Flowers were purchased for the family of Michael Martin. Send Flowers

Posted Apr 08, 2019 at 12:17pm
I am so sorry to hear about this. I moved to Minnesota last summer, so am out of the area. I remember Marty and his father Ivan, as well. I'm sorry I'm unable to attend the visitation or service. My love to Lou Ann and the family. I always enjoyed you folks! 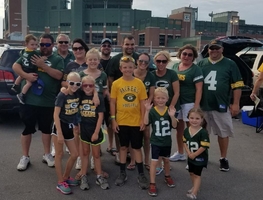 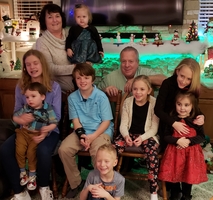