To share your memory on the wall of Roger Johnson, sign in using one of the following options:

Provide comfort for the family of Roger Johnson with a meaningful gesture of sympathy.

To send flowers to the family or plant a tree in memory of Roger A. Johnson, please visit our Heartfelt Sympathies Store.

We encourage you to share your most beloved memories of Roger here, so that the family and other loved ones can always see it. You can upload cherished photographs, or share your favorite stories, and can even comment on those shared by others.

Posted Aug 10, 2019 at 07:51pm
Dad you are missed so much
You were always there whenever we needed anything
You pushed us to be the best we could be you
Life isn't going to be the same without you here with us
I Love you so much I don't know what I'm gonna do without you
I know you will always watch over us just like you did here in Life
I miss you so much
Love you Daddy give my brother & sister a kiss & hug for me
Comment Share
Share via:

Posted Aug 10, 2019 at 11:12am
My Dad was the first man I ever loved! He always pushed and encouraged me to do my best at whatever I had going on in my life. This man was the most important man in my life. I am so lost without him!! There won't be a day that goes by that I won't be thinking of him. I love you Daddy forever and always!! Fly high with the angels, you finally got your wings!!

Roger and I were married for 51 and a half years. He was the first man I loved except my dad. We went through so much; good and bad. I am so lost without him, it will take a long time to function normally again. I love you honey. Now you are with Robbie and Donna. Give our kids kisses . We'll be together again some day. 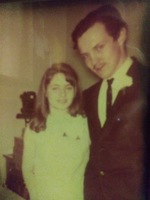 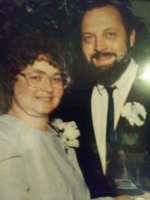 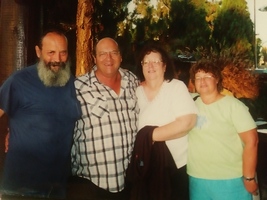