To share your memory on the wall of Carol Perkins, sign in using one of the following options:

Provide comfort for the family of Carol Perkins with a meaningful gesture of sympathy.

To send flowers in memory of Carol A. "Perky" Perkins, please visit our Heartfelt Sympathies Store.
No funeral details available.

We encourage you to share your most beloved memories of Carol here, so that the family and other loved ones can always see it. You can upload cherished photographs, or share your favorite stories, and can even comment on those shared by others.

Posted Oct 15, 2019 at 03:24pm
Can hardly believe this kind, loving woman has passed on. I enjoyed her so much when we both worked at Parker Pen. I will never forget her and the fun we had together. Blessings to her family. With love and caring, Ruth Bilz
Comment Share
Share via:
B

Posted Sep 17, 2019 at 12:52pm
Starting a new job has always been scary for me. Carol was the first to welcome me to Parker Pen and always made me feel like I belonged there. I will always be thankful to her for her kindness. We remained friends even after Parker moved on. I loved Carol and will miss her every day. R.I.P. my friend. Love You, Denny and Barb Bird *Janesville
Comment Share
Share via: 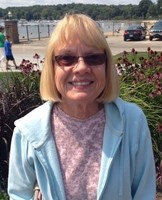