To share your memory on the wall of Jane Helmers, sign in using one of the following options:

Provide comfort for the family of Jane Helmers with a meaningful gesture of sympathy.

This memorial has been written by her adoring husband, Doug:
Jane confronted her breast cancer diagnosis head-on, never yielding her spirit to that evil disease. She truly gave every ounce of physical strength to enjoy as much time with her loved ones as possible. Jane's Christian Faith was ever-present; her personal character is an incredible testimony to my Lady's inner strength and soul! Courage. Grace. Dignity. Jane had it all.

Memorial Service for Jane will be held at First Lutheran Church, 612 N. Randall Ave., Janesville, WI on Saturday, November 9, 2019. Visitation will be held from 9:00 to 11:00 a.m., with funeral service to follow at 11:00 a.m. Pastor Jim Johnson, officiating. Interment at Oak Hill Cemetery, Janesville, will occur at a later date.
Expressions of love and remembrance may be made to Agrace Center for Hospice and Palliative Care (Janesville), Carbone Cancer Center, or to the Lutherdale Camp scholarship fund to encourage faithful learning in children.
Read Less

We encourage you to share your most beloved memories of Jane here, so that the family and other loved ones can always see it. You can upload cherished photographs, or share your favorite stories, and can even comment on those shared by others.

Lisa, Brent and Jennifer and families, Rachel and Kathy DePrey, and others have sent flowers to the family of Jane Eileen Helmers (Stokke).
Show you care by sending flowers

Lisa, Brent and Jennifer and families

Lisa, Brent and Jennifer and families purchased flowers and planted a memorial tree for the family of Jane Helmers. Send Flowers

Posted Nov 08, 2019 at 09:06am
We are so very sad we aren't able to celebrate Jane's life with you. It was such a blessing to get to meet her. Sending you love and prayers.

Posted Nov 06, 2019 at 08:39pm
Jane you will forever be in our hearts. Love the DuFoe, Podvin and Kosmopoulos families.

Flowers were purchased for the family of Jane Helmers. Send Flowers 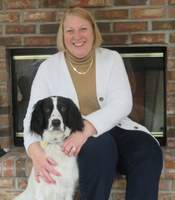