To share your memory on the wall of Thiel Harrier, sign in using one of the following options:

We encourage you to share your most beloved memories of Thiel here, so that the family and other loved ones can always see it. You can upload cherished photographs, or share your favorite stories, and can even comment on those shared by others.

Plant a Tree in Memory of Thiel
Plant a tree
0 trees have been planted in memory of Thiel D. "Dudley" Harrier
AH

Posted Dec 15, 2019 at 12:50am
One of my favorite memories with my dad is the time I "found" three spiders in our bathroom, and each time I had found one I would call for my dad to come get it. By the time I "found" the third one he was crying laughing, because it was the same spider all three times, he would pick it up and put it in a new location in the bathroom and was playing tricks on me. He was a animal lover, even with insects like that. He couldn't kill them. He eventually took that same spider outside so that he didn't have to kill it. I will always remember that. I miss him so much, he will always be in my heart and always on my mind.
Comment Share
Share via: 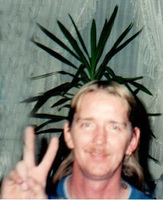