To share your memory on the wall of Paul Morovits, sign in using one of the following options:

Provide comfort for the family of Paul Morovits with a meaningful gesture of sympathy.

Paul worked for 40 years at GM in the materials department and later as a forklift driver. Paul loved retirement. In his free time, you could find Paul sitting in the garage listening to a sports game on the radio, reading, working on Crypto quote puzzles and taking care of his car and yard. Paul was an avid sports fan following the St Louis Cardinals, Packers and Badgers. Paul walked 2 miles every day for over 40 years and if you asked Paul he would say he was on his second trip around the world!

Paul was the kindest and gentlest man you could meet; he was a gentleman in every sense of the word.

We encourage you to share your most beloved memories of Paul here, so that the family and other loved ones can always see it. You can upload cherished photographs, or share your favorite stories, and can even comment on those shared by others.

Love to you all sent flowers to the family of Paul Joseph Morovits.
Show you care by sending flowers

Flowers were purchased and a memorial tree planted for the family of Paul Morovits. Send Flowers

Love to you all

Love to you all purchased flowers and planted a memorial tree for the family of Paul Morovits. Send Flowers 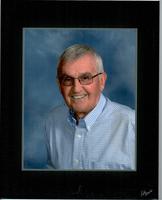