To share your memory on the wall of Randall Cox, sign in using one of the following options:

He is survived by his wife, Ginny; 3 sons: Shawn (Gabriella) Cox, Brian Cox, and Kyle (Jennifer Ellis) Cox; 3 grandchildren: Mathew, Alekzander, and Angelina; his 7 siblings: Sandra, Charlene, Mike, Gary, Dave, Julie, and Jayne; as well as many aunts, uncles, nieces, nephews, other relatives and friends. He was preceded in death by his parents and a brother, Tony.

A Visitation will take place on Thursday, March 5, 2020, from 11:00 a.m. until the time of a short service at 12:00 p.m. (Noon) at the WHITCOMB-LYNCH FUNERAL HOME & CREMATION SERVICE, Janesville. A luncheon will follow immediately at the funeral home and burial with full military honors will then take place at Milton Municipal Cemetery. Memorials in Randy’s name may be made to Humane Society of Southern Wisconsin.
Read Less

We encourage you to share your most beloved memories of Randall here, so that the family and other loved ones can always see it. You can upload cherished photographs, or share your favorite stories, and can even comment on those shared by others.

Posted Mar 04, 2020 at 09:02pm
I have so many fond memories of Randy. It’s hard to know where to start or what to say. Ginny, I am so grateful for all the times that the two of you came up for a visit. Those times mean more than I can say.

Randy was such a kind and thoughtful person and he was a very proud man. He treated people with respect and he expected the same.

He was always trying to learn something new. One morning I woke up and he was up studying the Russian language. He thought since Kyle was learning it he should too. Then along came more technology. He dove right into that. I think he must have owned just about every gadget possible. Once, when he was watching the girls, I called to check in but I got his voicemail and left a message. When he called me back he told me to call his cell phone next time - not his voicemail. I never knew what he was going to say next...

He loved animals and he took such good care of our girls. I thought it was so cute when he would say “puppies want to go for a ride, so I’m going to take them to McDonalds” and off they would go for a ride with “Uncle Randy”.

I lost a bracelet in the snow last winter. Mike thought that if anyone would have a metal detector it would be Randy. (of course he had one)When he came up to watch the girls he went to work to find my bracelet. Apparently it took him about two minutes to find the thing in the snow bank. He was SO happy to help me. Another time when we were visiting I was complaining about some trivial problem and he was staring off into space. When I asked him what was up he just calmly said “I’m trying to figure out how to help you”.

I feel like he was always there for us and I will miss him terribly.

Posted Mar 04, 2020 at 12:33pm
Please accept our most heartfelt sympathies for your loss... Our thoughts are with you and your family during this difficult time!

Love, your Edgerton Family purchased the Truly Beloved Bouquet for the family of Randall Cox.

Flowers were purchased for the family of Randall Cox.

Posted Mar 03, 2020 at 10:44am
Remembering our fishing trips to Brother Mike's especially and the enjoyment we had. Good times, good man. Will miss those trips, but memories are made of this. God be with you, COUSIN.
Comment Share
Share via: 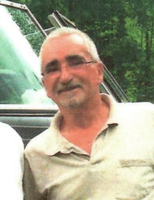 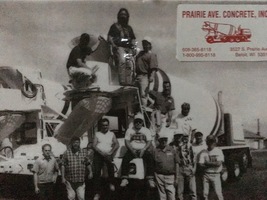