To share your memory on the wall of Jack Iseli, sign in using one of the following options:

Provide comfort for the family of Jack Iseli with a meaningful gesture of sympathy.

Jack started working for Case Feed and after some time went off on his own with Dick McCann to open Jack and Dick’s Feed. Outside of work Jack was an avid Packer fan, enjoyed gardening and going on camping trips with his wife Rose.

Private family service will be held and Jack will be laid to rest next to his wife Rose at Milton Lawns Memorial Park, Janesville. Please visit www.whitcomb-lynch.com to send condolences to the family. Memorials are appreciated to Marquardt Hospice.

Jack’s family would like to thank the entire staff of St. Elizabeth Manor for all the care they gave Jack over the two months he was there.

Don’t grieve for me, for now I’m free. I am following the path God laid for me. I took His hand when I heard Him call. I turned my back and left it all. Perhaps my time seemed all to brief. Don’t lengthen it now with undue grief. Lift up your hearts and share with me. God wanted me now. He set me free.
Read Less

To send flowers to the family or plant a tree in memory of Jack H. Iseli, please visit our Heartfelt Sympathies Store.

We encourage you to share your most beloved memories of Jack here, so that the family and other loved ones can always see it. You can upload cherished photographs, or share your favorite stories, and can even comment on those shared by others.

Posted May 04, 2020 at 02:36pm
Praying the Lord's sweet presence is especially real to you today as He brings you the comfort that only He can give. I have warm memories of visiting Jack and his family on the farm when we were kids. May God grant you his peace.

Posted Apr 28, 2020 at 08:54am
Sorry to hear about your father. I always enjoyed visiting with him whenever I was in Janesville over the years. He was a great support to my Dad, Dale and I when were your young. I was glad I could see him at your mother's funeral. He had a great infectious laugh and was always optimistic despite battling his health challenges in later years. Take Care Rod Munger
rombadger@frontier.com
Comment Share
Share via:
HS

Posted Apr 22, 2020 at 09:34am
I loving memory of Jack. Rest in peace dear man and friend! Love, Mick and Dorothy's girls. Sandy, Jeannette and Shannon 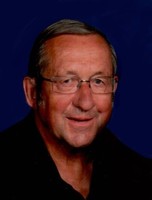